Matt devotes his practice entirely to litigation at both the trial and appellate levels. Over almost two decades with the firm, he has been involved in a variety of noteworthy cases, including the acquittal of the chief executive officer in a billion dollar criminal securities case, proceedings to remove a judge before the Oklahoma Court of the Judiciary, and the return of a child to his parent under the Hague Convention on the Civil Aspects of International Child Abduction. He has served as a member of the Criminal Justice Act Panel for the Western District of Oklahoma, representing indigent defendants on a wide range of criminal matters, and sits on a number of state and county bar committees.

Matt teaches courses on torts, criminal law, international criminal law, comparative law, and comparative approaches to counterterrorism at the University of Oklahoma College of Law, where he has been selected by the student body as outstanding adjunct professor of the year. He has previously taught at the Oklahoma City University School of Law and served on the Oklahoma City School of Law National Security Law Work group.

Prior to joining the firm, Matt served as a legal intern for Chief Judge Robin Cauthron of the Western District of Oklahoma and at the Office of the Prosecutor for the International Criminal Tribunal for Rwanda. In addition, Matt has developed projects for the Memorial Institute for the Prevention of Terrorism and for the Center for the Study of Terrorism and Political Violence relating to the legal aspects of the war on terror.

Among other honors and awards, Matt has received the National Center for Missing and Exploited Children’s Award of Merit for his pro bono representation relating to international child abduction litigation, the Oklahoma Bar Association Maurice Merrill Golden Quill Award for the most outstanding article published in the Oklahoma Bar Journal and the Journal Record Leadership in Law Award, recognizing community leadership, significant volunteerism and accomplishment in the legal field. He has also been named to the National Trial Lawyers: Top 100 Trial Lawyers (Oklahoma), the National Academy of Criminal Defense Attorneys: Top 10 Criminal Attorneys (Oklahoma), and Super Lawyers and is rated as a Martindale-Hubbell AV-Preeminent attorney.

Matt has served on a variety of civil society committees, including Pros for Africa, which assists with ongoing recovery efforts following the decades of LRA attacks on civilians in northern Uganda, and the Remote
Area Medical Oklahoma City Expedition, providing free medical, dental and vision services to local residents, and the Arts Council of Oklahoma City.

American Society of Law and Philosophy

Co-editor, with Dr. Stephanie Wolfe and Dr. Tawia Ansah, In the Shadow of Genocide: Memory, Justice, and Transformation within Rwanda (expected 2020 publication)

“Memory and Justice: A Personal, Cultural and Global Experience” (forthcoming chapter in In the Shadow of Genocide: Justice and Memory within Rwanda)(peer-reviewed publication)

“The United States as an Essential Forum for Litigating the Rwandan Genocide” (forthcoming chapter in In the Shadow of Genocide: Justice and Memory within Rwanda (peer-reviewed publication)

Book Reviews and Other Additional Publications

“Witnessing Emergence from Atrocity -Personal Recollections on the 20thAnniversary of the Genocide of the Tutsis in Rwanda,” Okla. County Bar Ass’n Briefcase, 8, 17, v. 46, n. 4(April 2014)

“Seeking Redress for Violations of the Rights of Human Rights Lawyers before the African Commission on Human and Peoples’ Rights,” 8th Edition of the Newsletter of the Special Rapporteur on Human Rights Defenders, 10-14(English & French translation) (April 2013)

“The Lubanga Verdict: A Milestone for International Criminal Law in Central Africa and Around the World” (including “Postscript: Taylor Verdict Another Important Step”), with Anjie Zheng, International Law News, v. 41, Issue 3, 28-30 (Sum. 2012) 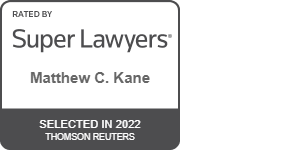